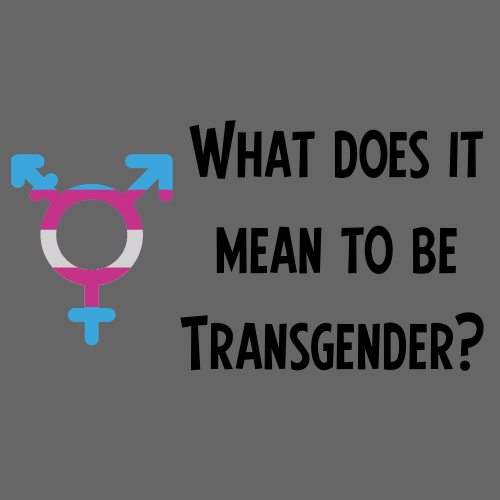 Youth who are transgender feel very strongly that they wish to be or are a different gender than the one they were assigned at birth. They may feel uncomfortable in their body and wish that it looked like the gender they are on the inside. Through hormone therapy or surgery, these youth can change their bodies to align with their gender identity.

Transgender youth are at a higher risk for bullying, rejection from family and friends, anxiety, depression, and suicide. Consider how you can make your school or community feel safer and more welcoming to people who are transgender! I’ve attached an infographic with some great ideas. 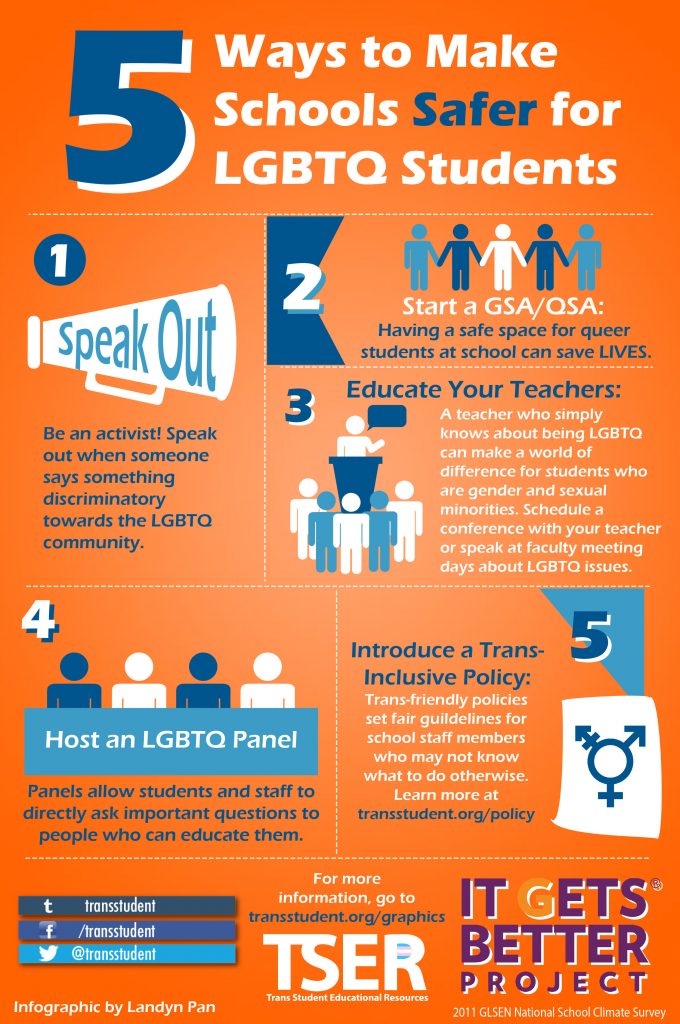 Gender Identity via the Gender Unicorn

The Gender Unicorn graphic is SO helpful for visually laying out the differences between terms that are key to understanding gender and sexuality. I like it so much that I made a whiteboard style video about it specifically focusing on gender identity…

Check it out here: https://www.youtube.com/watch?v=kSkUZSouGvc

The Gender Unicorn is a graphic by the Trans Student Educational Resources organization (attached below). It visually represents the differences between gender, sex assigned at birth, and sexuality. Below I’ve provided definitions:

Gender identity: One’s internal sense of being male, female, neither of these, both, or another gender(s).

Sex assigned at birth: The assignment and classification of people as male, female, intersex, or another sex based on a combination of anatomy, hormones, chromosomes.

The site offers an interactive unicorn for users to explore their own identity! Check it out: https://transstudent.org/gender/

What does LGBTQ2S+ stand for?

L – Lesbian: A female-identified person who is physically and emotionally attracted to other females.

G – Gay: A male-identified person who is physically and emotionally attracted to other males. Gay is also used as a broad term to describe people attracted to someone of the same gender.

B – Bisexual: A person who is physically and emotionally attracted to people of more than one gender and who identifies as bisexual.

T – Trans: A term used by people who identify with a gender that is different from the gender they were assigned at birth. People whose gender identity falls outside of the gender binary (the idea that there are only two genders — male and female) may also call themselves trans. Since trans is a word used to describe identity, a person has to identify with the term (believe it’s the best way to describe themselves) for it to be applicable.

Q – Queer: A broad term that includes all sexual orientations and gender identities within the LGBTQ2S+ community, including those who don’t identify with any other identity in LGBTQ2S+.

Q – Questioning: some people may feel unsure about their sexual orientation and/or gender identity. They may describe themselves as questioning.

2S – Two spirit: A person with both a feminine and a masculine spirit living in the same body. It’s an important term within some Indigenous cultures.

+ – Plus: There are a number of other terms that people may use to describe their own sexual or gender identity. The plus is intended to represent the entire community, not just those who identify with the terms described above.

Visit this link for more information about understanding gender and sexual identity: https://kidshelpphone.ca/get-info/lgbtq2s-what-does-it-mean

Check out this live hand drawn video to learn some key terms for understanding gender identity: